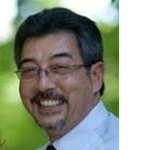 “It remains an honor and privilege to serve as Metro’s South Region Director. Last year, when our season was cut short, Metro stepped up and continued to connect with our players with virtual workouts and regular team check-ins! Our reality may have shifted but our love for the game and our players stayed strong! We have GREAT coaches who know the game and are truly committed to their teams, players and our growing Metro family.  I’m excited to be a part of this season and the opportunity to add to the legacy that is Metro Volleyball. Go Metro! (You know!!!)”

This will be Will’s eighth year with Metro.   Will has also been the League Coordinator for a youth volleyball program in Delaware, the coach for three women's USAV teams, the Assistant Varsity Coach at McDonough School (1998-1999), the Instructor for Adult and Youth Clinics through Mid-Atlantic Volleyball (1998-2003) and the Assistant JV Coach at Woodbridge High School (2011-2012).

Will was first taught to play competitive volleyball while in the US Army, stationed in Germany.  He was selected for the "All Star" Military Community Team and traveled throughout Europe playing in joint-force, international tournaments.  After the military, he relocated to Dover, Delaware where he continued to play as a USAV adult player in the Chesapeake Region for a variety of clubs at different levels.

Will attended Wilmington University where he completed coursework towards a BS in Business Management and is currently the Director of Operations at Performance & Leadership Development, Ltd. – an executive coaching firm based in DC.