Metro 18 Travel went to Columbus and took care of #bidness by winning the Ohio Valley Regional Qualifier and earning an Open bid and trip to Phoenix for the GJNC!

Winning the JVA Summerfest in Columbus last year set the stage for a strong GJNC run. Metro 18 Travel looked forward to returning to Columbus to grab an Open bid at the Ohio Valley Qualifier.  Weather almost derailed the team in their mission.  A strong winter storm was forecasted for the Columbus area and threatened the tournament.  The 18T family went into action as the team decided to travel early to the tournament. Carpools were established, flights were changed, and the team was able to arrive in time and came ready to compete.

The bracket was smaller due to weather but no less competitive.  The first day of competition matched 18T with a familiar foe in NKYVC in the very first match.  Metro 18T prevailed in the match 2-0 and went on to defeat Unified and Legacy to win the pool.  This setup a second day matchup with a strong team in AVC CLE Rox.  These team have battled fiercely in the last several years with 18T having the upper-hand in most matches, however AVC played well and defeated 18T in the match by a score of 2-1.  The next match looked like a 18T win on paper, but Triangle 18 Black came to play.  In the first set, Triangle got a lead early and never looked back, winning the first set.  Clearly shocked by the result, and faced with losing their chance at Gold, the team regained form, winning the next two sets to win the match 2-1.  The team now had to face a very strong Circle City team to stay alive for Gold.  By this time, 18T was focused and defeated Circle City in 2 sets setting up the Championship run!  Day 3 saw 18T play some of their best volleyball! The team was set to face 3 very talented teams in Adversity Adidas, a rematch AVC CLE Rox, and Absolute of California to have a chance for the bid.  Faced with this challenge, 18T came out on fire! The whole team played with high energy and confidence, and looked unbeatable at times.  Metro 18T swept all 3 opponents to win the tournament and earn a trip to Phoenix with an Open bid!!  Congrats and well done, ladies! Let’s go Metro! 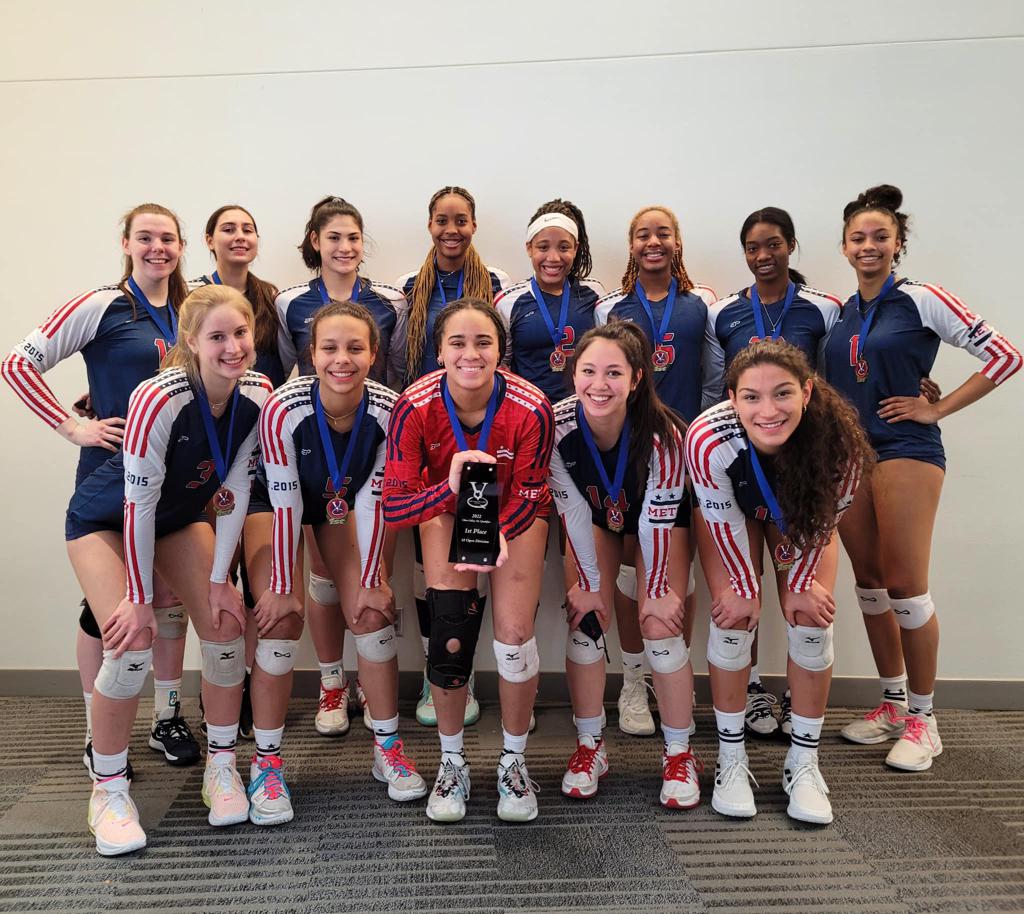